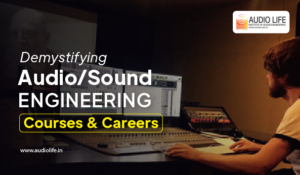 What is the best course to take up in audio industry? 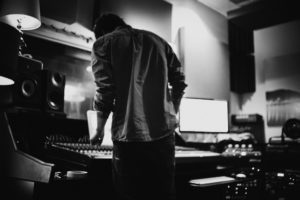 Now that you have completed your 10+2, you must be wondering what would be the very next step that you would like to take. Well, there are various courses that you might take. However, you might need to understand the affinity behind your learning. Well, be that as it may, in the event you are considering pursuing a glamorous career in audio production, then taking a sound designing course will be a wise idea. There are various courses available that you can take. These are Electronic Music Production, Audio Mixing & Mastering, Sound Designing, Post Production, Film Sound, Sound for animation & games which has been designed for audio aspirants. Other than that, there are also a few basic crash courses that you can which will be conducive to taking your career to a great extent where you can explore as you like. You can also consider courses designed by audio life. Sound Engineering Courses vary from 12 months of certificate courses to 3 years of doctorate courses that deal with sound and music. It teaches the students how to create different music and sounds for academic and entertainment purposes. In India, various academic fields encourage the learner’s different choices of co-curricular activities like Dancing, Theatre, and Music. One such field is related to music, where the learners who are interested in learning the advanced technologies related to music, movies and theatre in creating new music can go for the Sound Engineering course. Some of the top colleges offering Sound Engineering Courses include IIT Kharagpur, Film and Television Institute of India, National Institute of Fine arts and Film, Asian Academy of Film and Television, Grosek Institute of Film Technology, and so on. The average course fee to pursue sound engineering courses in India ranges between INR 40,000 – 8 LPA, and the average salary ranges from INR 5 to 10 LPA. You can also do research on affordable courses by AudioLife.

Is there a future after completing sound engineering / audio engineering?

Wondering what to do rather than how to proceed with a career after pursuing sound engineering. Well, the options are way too many. A sound engineer can either work in-house with a production company or in a studio or work as a freelancer. As mentioned above, there is a wide array of roles that sound engineering graduates can choose to specialize in, including that of a sound recordist, studio engineer, sound editor, broadcast engineer, editor, music editor, re-recording mixing specialist, sound effects (SFX) editor, recording engineer, mix engineer, Foley artist or sound designer. Audiolife has designed courses that you can consider top take.

Thanks to the massive number of studios peppered all over the country (and abroad), there is no dearth of opportunities for sound engineers. With the right skill set and education, the world really is your take.

What are all the roles & responsibilities of sound/audio engineer? 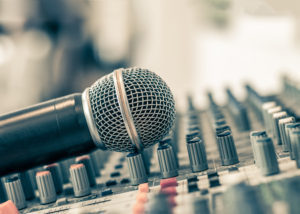 After successfully qualifying as a sound engineer, there are a few things that you will usually ponder that is about the placements. Well, you need to know that there are various jobs that you are guaranteed to pursue once you have absolutely dreamt of. Here are a few job scopes that you can take once you become a sound engineer. A sound engineer designs and manages outputs and sound levels, handle physical sound equipment like microphones and amps, and is responsible for the technical side of a live performance or a recording. If you’ve ever been to a concert where the music’s clarity and overall sound quality have left you feeling amazed, you can thank the talented sound engineers who controlled the sound. Among others, a sound engineer is responsible for the following activities:

Which course is available to qualify as an expert in the Audio Industry ?

If you are considering to be part of the audio Industry you need to be skilled with Industry knowledge and trained by hands on experience from Industry mentors. You may opt for One year diploma or 3 years bachelors’ program where you will learn:

Which is the best college / institute for sound / audio engineering? 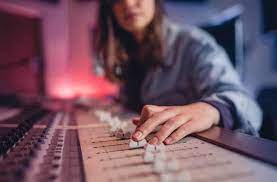 Sound Engineering is a specialized branch of engineering that deals with sound balancing, recording, adjusting, mixing and editing. Students enrolled in the Sound Engineering course receive theoretical and practical knowledge based on the technicality of sound. Before you decide it’s something you’re interested in going to college for, I highly suggest you do some research or even speak to someone about AudioLife. It will be best to speak with one who works as a sound engineer, as the gig might not be what you had in mind. Sure, there is plenty of audio engineers who work with major artists in cool recording studios and who take home Grammys, but as is the case with much of the music industry, this is only a small group of people, and it’s tough to get there. For most Sound Engineers, the job can be very different, and it would be a shame to get a degree in something only to realize later it wasn’t really what you wanted. However, while you are seeking the best college for sound engineering, there are as many as three institutes such as. While you are considering taking sound engineering course, there are a few colleges that you look up to, such as:

Is career in sound / audio industry worth it?